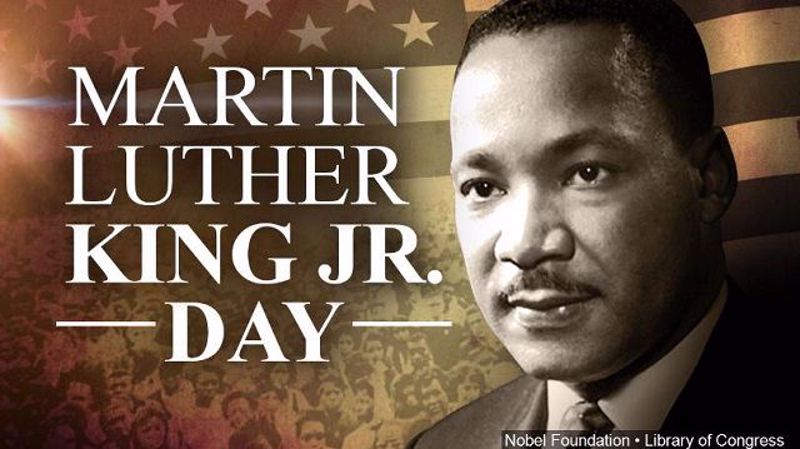 Today, America and the world celebrate the life and legacy of a man who said, perhaps some of the most well-known words in world history, “I have a dream.” When you sit and listen to the speech given on August 28th, 1963, you hear a man with deep-seeded passion and more importantly the passion for a dream that he was not afraid to share with the world, even his enemies.

Martin Luther King’s dream has become a reality. Dr. King would be 90 years old today and would still be standing up for what he believed. He was convinced that the method of nonviolent resistance is the most potent weapon available to oppressed people in their struggle for justice and human dignity.

Martin Luther King should be remembered not only for taking his place in American history, but also for the very inspiration he planted as a seed that inspired others around the world to simply dream and believe. Many who have listened to this famous 1963 speech are still being inspired more so than ever. Are you one of them?

The lessons that can be learned from him are lessons that no history book can begin to teach. The lessons from following a dream can shape or change a person’s life and direction. It can change or shape other lives too.

There are many who get discouraged following their passions because of the odds and conditions that hold them back. Nothing dimmed the persistence of Martin Luther King’s vision, even when he knew the dangers that followed him.

Dr. King did not give up, there were no compromises to his dream. He planted the seed for all of us. That dream could have ended on April 4th, 1968, but it didn’t and lives on as it has with all the great men and women who started with a dream. What is holding you back?

If you believe in something with all of your heart, follow your heart and your passion. Never let it die. If you can think it, you can achieve it!   Some of our dreams are shattered, discouraged, and halted for one reason or another. Failing should not be a reason to stop pursuing them and striving just because things didn’t happen as you hoped. It may take a lifetime, but the important thing is not to stop, especially if it is for the good of others and humankind.

Martin Luther King, Walt Disney, the Wright Brothers and many other great visionaries all have one thing in common, they all had a dream. Dare to dream, don’t let life or circumstances prohibit these manifestations. Walt Disney was told he lacked imagination. Walt turned his cheek to others negativity and carried on dreaming. The rest as we know is history. Walt knew he could and he did. How many times have you convinced yourself wrongly that someone else is right about you?

The Wright Brothers were laughed at; they were told on countless occasions that flight was the domain of birds. They forged ahead, had their failures, but didn’t take no for an answer. On December 17th, 1903 on a winter’s day in Kitty Hawk, their dream came true.

Dreams are adventures waiting to happen. Give them a chance and don’t start making excuses why they cannot be followed. Go out instead and find ways to make them a reality. Martin Luther King persevered and met his mighty challenges with time and odds against him, but it never stopped him. His beliefs persisted and changed the course of history.

There is no age limit on dreams.   Dream, believe and achieve and make this your life’s work and passion. On this day we celebrate the birth of a man who not only brought about a great deal of freedom in the world but through those four immortal words, encouraged others to stand up with conviction and confidence to make the world a better place to live, thrive and build together for justice and human dignity.