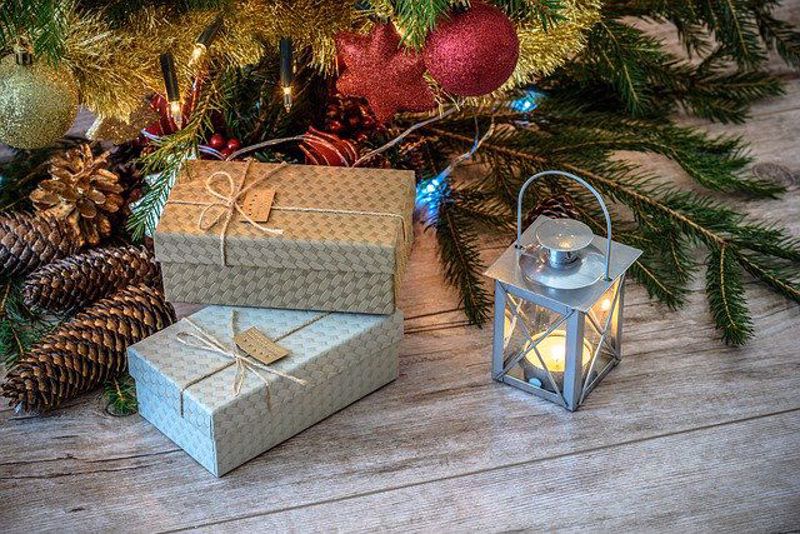 Christmas has become a time of festivity, food and family. Giving gifts has become part of what started out as a pagan winter festival.  With the rise of Christianity whereby the birth of Christ was celebrated gift giving was introduced in line with the gifts the three kings brought to the stable behind the inn where the baby Jesus was born. The kings brought the most precious gifts of the time to the new born son of God:

The real message of Christmas is about the ultimate gift given by God to the whole of mankind over 2000 years ago, Jesus! John 3:16 reads 'God loved the world so much, that he gave his one and only Son, so that whoever believes in him may not be lost but have eternal life.'.”  and this gift is celebrated all over the world. The story of the birth of Jesus is well known and can so easily be forgotten and thus Churches all over the globe go all out at Christmas to share the remarkable gift God gave for us all.

Christmas Gifts Around the World

Just about every country that celebrates Christmas has its own form of gift-giver. The  most familiar by far is St. Nicholas, Santa Claus or Father Christmas who is believed to travel with reindeer and climb down chimneys. Some children in Germany believe in the Christkind, the Spanish recognise the three wise men and the Italians trust an old lady called Befana to deliver gifts throughout the Christmas period.

Not only do people believe in different gift givers they also have presents left in different places. In parts of Europe gifts are left in shoes or boots left out, in Italy and the USA presents are found in stockings hanging by the fireplace and in other countries, gifts are left under the Christmas tree. Traditionally presents are opened as a family on Christmas morning however this is not true in every country.  In parts of the Netherlands young children receive and open gifts on 5th of December, St Nicholas eve and in Belgium and Germany some of St Nicholas day on 6th December.

No matter which way you give or receive your Christmas gifts the joy and happiness of Christmas is real. At the very heart of Christmas, however, is the real gift of Jesus Christ and we must never forget that. At We Are Coupons, the home of Lowes Money Off Coupons, we love to celebrate the real meaning of Christmas and wish all our patrons a happy Christmas and peaceful new year.