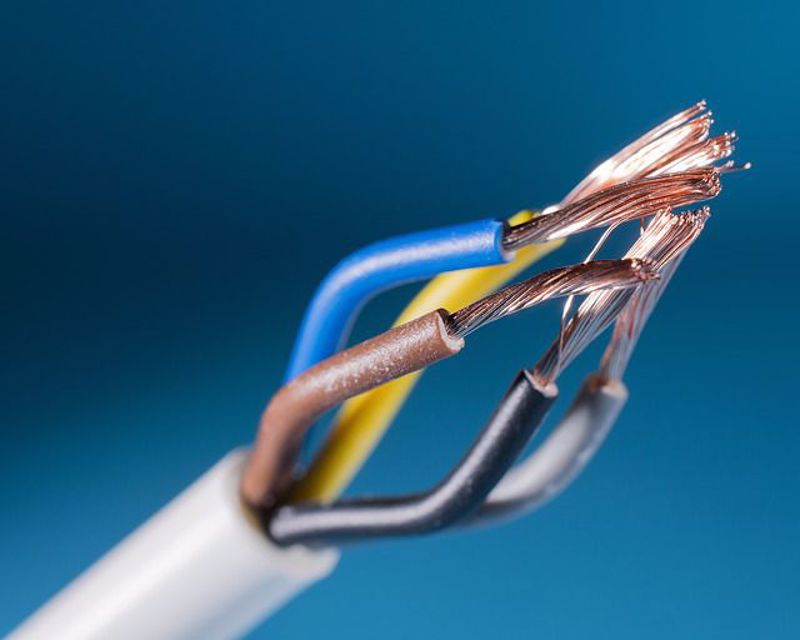 Lowes has everything you need to address those electricidal and electrician jobs around the home. From tools and materials through simple expert advice with Lowes any electrical task, big or small is easily completed with a little help from Lowes. Furthermore, with a Lowes Printable Coupon from we are Coupons you can save money on all the electrical tools and materials instore and get a good job done for less.  This week we have a chuckle with an electrical or electrician theme

I finally managed to get rid of that nasty electrical charge I've been carrying.

What would a barefoot man get if he stepped on an electric fence?

A pair of shocks.

My wife said to me that the spark between us had gone.

So I tasered her.

I'll ask her again when she wakes up.

What kind of car does an electrician drive?

A chemist, a biologist and an electrical engineer had all been sentenced to death and were on death row waiting to go to the electric chair.

Finally, the day had arrived. The chemist was due to go first.

As he strapped him in, the executioner asked him, "Do you have anything you want to say?"

The chemist replied, "No," so the executioner flicked the switch but nothing happened. According to this State's law, if an execution attempt fails, the prisoner has to be released. So the chemist was unstrapped and allowed to walk free.

It was the biologist's turn next.

As he was being strapped in, the executioner asked him, "Do you have anything you want to say?"

The biologist replied, "No, just get on with it" so the executioner flicked the switch, but once again nothing happened. So, just like the chemist, the biologist was released.

Then the electrical engineer was brought forward.

The executioner asked him, "Do you have anything you want to say?"

The engineer replied, "Yes. If you swap the red and the blue wires over, you might just make this thing work."

I had to call an electrician out today after getting my finger stuck in the socket while trying to plug in my iPhone.

I can't believe how much I was charged.

I was sacked from my job as an electrician at the prison service for refusing to repair an electric chair.

I told them it was a death trap.

An electrician finishes repairing some faulty wiring in an attorney's home and hands him the bill.

''Four hundred dollars! For an hour's work?'' shouts the attorney. ''That's ridiculous! I'm an attorney and even I don't charge that much.''

The electrician replies, ''Funny, when I was an attorney I didn't either!''

One thing that is not a joke is how much money you can save at Lowes with a Lowes Money Off Coupon from We Are Coupons. Get yours today and have a great weekend!