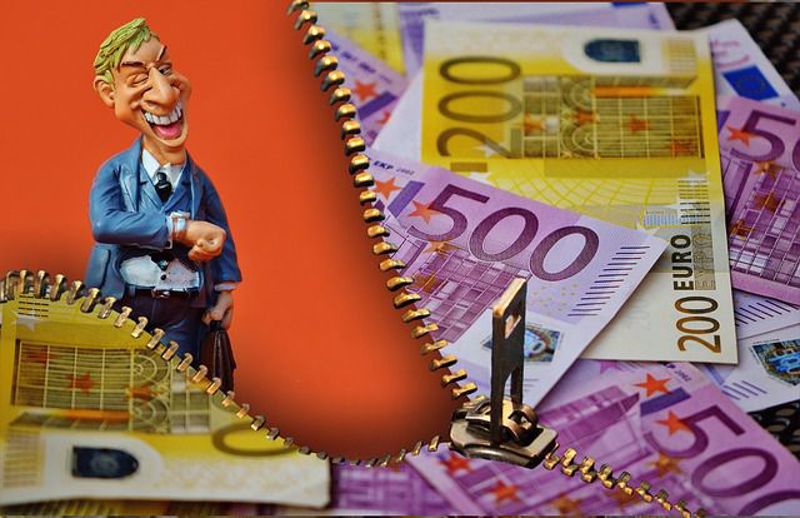 Because we are coupons is all about saving money at Lowes with our Lowes Money Off Coupons we thought it was time we had a chuckle about money. So here goes nothing...

It’s true that money can’t buy you true love. It does, however, put you in a good position to bargain.

My wife’s credit card got stolen the other day. I haven’t bothered reporting it, though, because the thief spends much less than my wife.

The cost of living

After years of putting money into a savings account, a wife tells her stay-at-home husband the good news: “Honey, we’ve finally got enough money to buy what we started saving for in 1979.” Her husband blushes with giddy excitement. “You mean a brand-new Cadillac?” he asks. “No,” says the wife, “a 1979 Cadillac.”

Little Johnny is always teased by the other boys at school for being stupid. Whenever they make fun of Johnny, the other boys will offer him a nickel or a dime, and Johnny always takes the nickel. One day, after Johnny takes a nickel, Johnny’s friend, Billy, pulls him aside and asks, “Johnny, don’t you know by now that a dime is worth more than a nickel, even though the nickel is bigger?” A smile slowly comes over Johnny’s face. “Well,” he says, “they’d stop doing it if I took the dime, and so far I’ve made 20 bucks!”

A man who needs legal help goes to a lawyer’s office. After being escorted inside, he sits across the desk from the lawyer. The man needs legal help, but he wants to make sure he can afford it first. “Can you tell me how much you charge?” he asks.

“Of course,” the lawyer replies, “I charge $800 to answer three questions.”

“Don’t you think that’s an awful lot of money to answer three questions?”

“Yes it is”, answers the lawyer, “What’s your third question?”

How to Make Money from Lawyers

A woman and a lawyer are sitting next to each other on a long train ride. The woman, who is tired after a long day of work, just wants to take a nap. She closes her eyes and tries to relax, but before she can fall asleep, the lawyer turns to her and asks if she wants to play a fun game. The woman politely declines, but the lawyer insists. “Oh, it’s a really fun game!” he says. “And it’s so easy to learn! I’ll ask you a question. If you don’t know the answer, you pay me five dollars. And then you’ll get to do the same to me.” The woman opens her eyes just long enough to calmly shake her head before she sinks back into her seat.

Figuring the lawyer will just keep on blabbering if she says no, the woman agrees to play the game. The lawyer starts: “What’s the distance between the earth and the moon?” he asks. The woman simply responds by reaching into her wallet and handing the lawyer five dollars. The lawyer then invites her to ask him a question.

“What goes up a hill with three legs and comes down with four legs?” asks the woman.

The lawyer is stumped, so he pulls out his smartphone and tries to look up the answer. After finding nothing on his first search, he texts three of his lawyer friends to ask if they know the answer, but none of them has a clue as to what it could be. After an hour of scouring every corner of the internet to no avail, he wakes up the woman and tells her he gives up. He hands her five crisp $100 bills, and the woman thanks him. She realizes her stop is up next, so she gets out of her seat and starts to head for the exit. Before she can get in the aisle, though, the lawyer stops her and asks, “Well, what’s the answer?” The woman doesn’t respond. Instead, she reaches into her wallet and hands the lawyer another five dollar bill before exiting the train