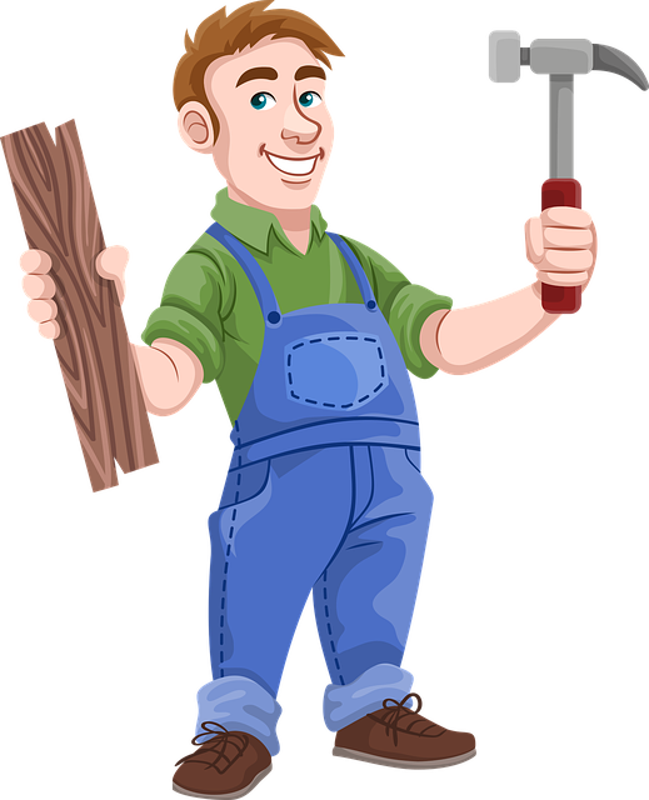 Friday is the best day of the week for everyone and we all need a good chuckle. Lowes will always create a good reason to smile and with a Lowes Money Off Coupon from We Are Coupons your smile will be bigger than ever.  However, it is Friday so here are a few jokes about carpentry...

They do small jobs here and there, mostly on farms and ranches, fixing up barns and building pens for farm animals. The father eventually wants his son to take over the business and has tried to teach him the ins and outs of woodworking, along with other important lessons he thinks that every carpenter should know.

“The most m’portant thang,” the father always reminds his son in his heavy country accent, “is to know yer tools and ta make sure ev’ry tool has a place.”

True to his statement, the father has his tools in immaculate order. Each one has its place and he even has each tool labeled so that it’s easy to find and can be returned to the proper place when it is not in use. Over the years, he has perfected his labeling system and can name a tool just by reading the double-lettered code he has assigned to it.

One day when the two had the day off, the carpenter’s wife asks them to fix the squeaky floor boards on the front porch. The man sees this as a perfect opportunity to test his son to see what he’s learned, so he lets him take the lead on the job.

“A’right son.” The man said, “First thangs first, we needa pull up these here nails, then measure n’ cut some wood fer the new floor boards. Why don’t ya run to the back n’ grab the tools you think’ll do the job?”

So, the son goes to the tool shed behind the house and brings back a hammer, measuring tape, and a saw with a rather dull blade. He hands his father the tools one by one as the carpenter examines them and evaluates his son’s decisions.

“Ah, hammer B-F. That’s a good’un. And measuring tape G-C is the right tool fer sure.”

But as his son hands him the saw, the carpenter sees the dull blade and shakes his head in disappointment.

“Dangit boy,” the father says, trying to hold back his anger. “I-A i’nt the sharpest tool in the shed!

A young guy was hired for the construction site, and the foreman thought he'd better keep an eye on him, he didn't look all that bright.

As the morning's work went on, he noticed that about half the time, when the fellow took a nail out of his pouch, he'd throw it on the ground with a frustrated look.

Interested, the foreman picked up a few of the nails the guy had thrown away...they were fine, nothing wrong with them. So he said, "Why are you throwing away half of your nails?" And the young guy said, "The heads are on the wrong end!"

The foreman said, "You knothead, just save them for the other side of the house!"

He walked into Lowes thinking he needed a screw.

The employee was trying to explain that he needed a nail, and how it even worked

Friend: So you're telling me I have to strike this thing repeatedly with a hammer?

Employee: Yes, you hit the nail on the head

The worst carpentry joke ever...

I was going to put a joke on here about carpentry....

so I decided to add some metal work instead,

but I realised it steel wooden work.....
Leave your comment