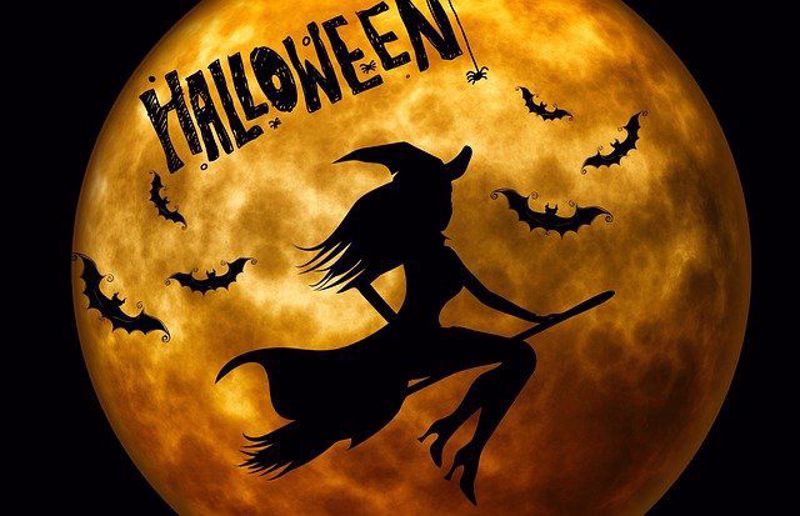 Halloween is sort of celebrated every October and whether you agree with it or not it can be a fun time for kids. Home Depot has tons of Halloween ideas for everyone and using a We Are Coupons Home Depot Coupon you can save money online. With Halloween in mind here are some Halloween Jokes to make you smile

After trick-or-treating on Halloween, a teen takes a shortcut through a cemetery.

Halfway across, he's startled by a tapping noise coming from the misty shadows. Trembling with fear, he spots an old man chipping away at a headstone. "I thought you were a ghost," says the relieved teen. "What are you doing working so late?" "Oh, those idiots," grumbles the old man. "They misspelled my name!"

Did you hear about the dog who tried to dress up as a cat but got sick at a Halloween costume party?

He said he wasn't feline well.

For Halloween I've got a job making plastic Draculas

There's only two of us working here so I have to make every second count.

Three Vampires walked into a bar…

Three vampires went into a bar and sat down. The bartender came over to take their orders. "And what would you, eh, gentlemen like tonight?"

The bartender wrote down each order, went to the bar and called to the bartender, "Two bloods and a blood light".

Walking faster, he looks back and through the fog he makes out the image of an upright casket banging its way down the middle of the street toward him.

Terrified, the man begins to run toward his home, the casket bouncing quickly behind him.

He runs up to his door, fumbles with his keys, opens the door, rushes in, slams and locks the door behind him. However, the casket crashes through his door, with the lid of the casket clapping.

Rushing upstairs to the bathroom, he locks himself in. His heart is pounding; his head is reeling; his breath is coming in sobbing gasps.

With a loud CRASH the casket breaks down the door.

Bumping and clapping toward him.

The man screams and reaches for something, anything...

All he can find is a box of cough drops! Desperate, he throws the cough drops at the coffin ...

Why didn't the skeleton go to the Halloween party?

Because he had no body to go with.