Funny Friday: Tools for everyone 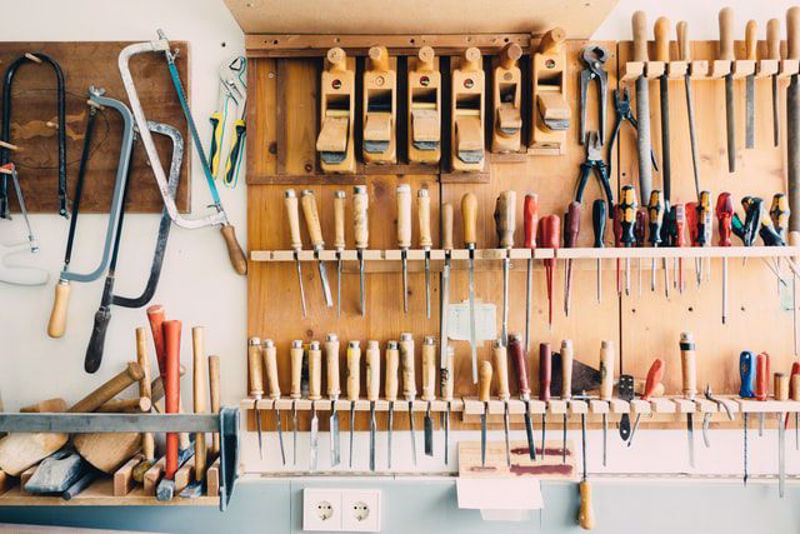 Home Depot has just about every tool you can think of plus some you can’t think of but really need.  With a Home Depot Money Off Coupon from We Are Coupons you can save money on all the tools you need. Now if that doesn’t make you smile here are a few jokes about tools.

I misplaced Dwayne Johnson’s cutting tool for the origami workshop...

I can’t believe I lost the Rock’s Paper Scissors...

My friend didn't take one of his power tools seriously.

Luckily it was just a drill.

What is the king of all tools?

My friend was showing me his tool shed and pointed to a ladder.

"That's my step ladder", he said. "I never knew my real ladder".

The tool for everything

A DEA officer stopped at our farm yesterday, he said “I need to inspect your farm for illegal growing drugs.”

I said “Okay, but don’t go in that field over there.”

The DEA officer verbally exploded saying, “Mister, I have the authority of the Federal Government with me!” Reaching into his rear pants pocket, the arrogant officer removed his badge and shoved it in my face. “See this badge?! This badge means I am allowed to go wherever I wish…. On any land !! No questions asked or answers given!! Have I made myself clear?…. do you understand?!!”

I nodded politely, apologized, and went about my chores. A short time later, I heard loud screams, looked up, and saw the DEA officer running for his life, being chased by my big old mean bull…. With every step the bull was gaining ground on the officer, and it seemed likely that he’d sure enough get gored before he reached safety. The officer was clearly terrified.

I threw down my tools, ran to the fence and yelled at the top of my lungs

“Your badge, show him your BADGE!!”

For all my life my dad kept messing with the ledge above the fire place, lengthening it, shortening it, sanding it, painting it. But he died last week. After I got home from the funeral I compulsively got my tools out and raised it six inches higher ...

... I guess you could say I’ve taken up his mantel.

How to use a chainsaw

A man goes to a tool store to buy a chainsaw. The server sells him the top-of-the-line model, saying that it will cut through over 100 trees in one day.

The man takes the chainsaw home and begins working on the trees but after working for hours he only cuts down two trees.

“How can I cut for hours and hours and only finish two trees?” he asks himself.

Next day the man brings the chainsaw back to the store and says it doesn’t work properly.

“Hmm, it looks okay,” says the server, and starts the chainsaw.

The man jumps back in shock and cries, “What’s that noise?”